Big inner battle and the way back to Love 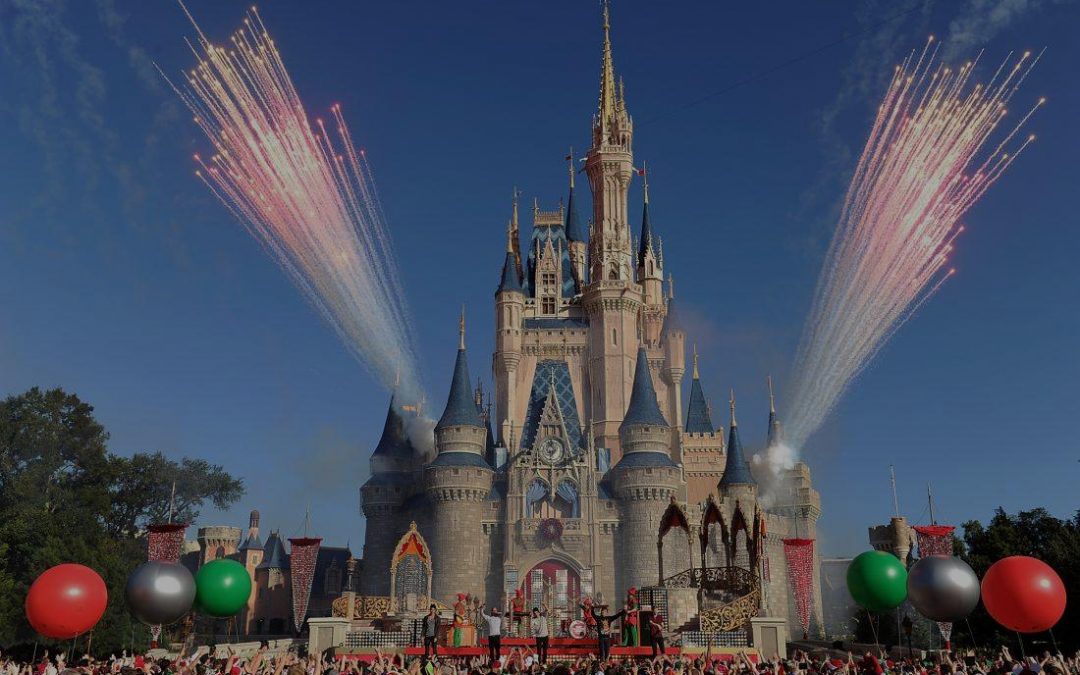 Do you know this feeling of anger flushing your whole body? It doesn’t even need to be anger, but something that just doesn’t feel good/right …Somebody says something to you and your every cell seems to react and feels like fighting inside of your body against this statement.

Maybe you don’t feel it and react right away, it goes so quick, just a split second…Your reaction is ‘attacking’ the other one by saying something that isn’t thought through at all, and probably doesn’t even make that much sense…but you feel like you need to protest in some way and do this by protecting yourself. The outcome must be an attack, because your ego tells you that your are getting attacked and you need to fight back, you go into defensive mode.

I felt like this this 2 nights ago…Going to bed my husband mentioned in a very incidentally manner that his parents would like to take our family, especially the boys, to Disney World before they get too old and won’t be able to get around easily…

(For many of your probably a reason to celebrate! …Many people love Disney and if somebody even offers to pay a chunk of it, even better!)

But for me: the total breakdown! I have always been against going and my husband knows that I would rather get lost in a jungle than asked to stand in a line for a ride in a theme park that I imagine in plasticy pink….

Thoughts running through my head: I don’t like this idea. I don’t want to do. I don’t want my children to be exposed to this. Why can’t be do something different with your parents? You know that I hate the idea of Disney, so why are you even asking me? Wait a minute…you aren’t even asking, you are telling me that they will take them and that you just want to find a good weekend!? I am left out here, I am loosing control….

I reacted, I said something, that I don’t even remember now, but it must have been some attack, because my husband did not follow my lead. He only said that I could have a quiet weekend and he would take the boys, together with my in-laws… I repeated something about me not wanting my kids to go there either… But he did not step into the conversation that would have turned into some kind of fight, that wasn’t needed at all…I am very thankful for him taking the lead here and stopping me, in not further responding to my attack!

So than I was left ‘alone’. I was laying in his arms and was supposed to fall asleep, but inside of me was a war going on! My thoughts went crazy, but heart was pounding and I felt like I had to pull out of his embrace to make sure I somehow protected my freedom. Thoughts of betrayal came up…why didn’t he tell his parents that we are not going, because I hated the idea and why didn’t he have my back?

Every single scenario of how bed a visit to Disney could be came to my mind, the long lines, the tantrums that the boys would have if they just had to walk for 5 minutes…all the bad food, and just a big waste of money…I was trying to find reasons why I didn’t want our kids to experience Disney…

How did I get our of the circling thoughts of my ego?

It was a really bad night and I did not sleep much at all, but at some point my thought process changed…my ego was probably getting tired of firing in a circle where there was no way out…

I started trying to figure out what it really was, that I hate so much about Disney and WHY do I hate it so much? What is the real core problem behind it? The things on the surface are enough to make me stay at home and not join the trip, but clearly not good enough to reason that I would not let my boys experience something that their dad seems to see value in, of some kind.

I thought about what (if I joined them) could I do to feel gratitude while in the park? I was thinking of the people who work there and who are doing their best to make our time there special. They serve us. They serve the world with making Disney’s idea of a place where dreams come true a reality and enjoyable to the guests.

I realized that I really don’t have any clue what Disney World is about. I am making decisions on pretty much zero knowledge! I only heard these stories of long lines and I made up my own images in my head…so I wanted to do more research….

The first interesting fact I learned was that when I think about Disney I have the ‘Magic Kingdom’ in mind, which means rather ‘the’ castle…But there are other parks that might not be that ‘pink’ 🙂 and that might even be kind of interesting to visit, like Epcot or Animal Kingdom…

The one thing that stood out to be important most was that it’s my in-laws wish to share with their grandparents before they think they are too old to go. My father-in-law used to work for Disney and took his boys several times. He has taken his four grand-daughters multiple times and has never taken our boys. The girls were much younger when they went for the first time, so I have been ‘good’ in keeping this trip out of our families’ picture until now. But I do feel like I want to honor them and want to understand their wish to this trip more.

Thinking about this whole topic, I feel like it just really all comes down to FEARS of loosing control. And isn’t exactly the ‘control’ thing, what I am trying to let go? What I am working on so hard for the past months? So, it got me again! I am ready to see my assignment that the universe is throwing my way!

My fears: So what would be the worst case scenario? Would it really harm my kids to experience Disney World? How can I change my thoughts to positive?

We could pick a time of year that not many people will go to limit lines. We can make sure that we take enough breaks and have a family talk before about not buying knick knacks. I would take my own food with me (as I do so often), a bag of arugula and a couple of gluten free bagels with veggie spread will bring me through the day. And of course organic crackers and fruits for the boys. Maybe a stroller would be a good idea.

Somehow I am proud to say that my kids have not watched a single Disney movie. They have watched Mickey Mouse Clubhouse before, but not crazily often. I really like how they’ve had no interest in characters or super heroes or anything like this. I like that they are pretty innocent for their ages and make up their own ideas and fantasies. I could try to just see the park as a bunch of carnival rides which I liked when I was little. They will enjoy the rides, not because of specific characters, just because it’s fun to go on rides…

This one is pretty hard for me to overcome, but I know that I am in total judgmental mode here… So, I did a bit of research to find out if Disney does anything sustainable and they do donate a lot of money to children in need which does of course open my heart a bit. “Disney is committed to strengthening communities by providing hope, happiness, and comfort to kids and families who need it most.”

I am just afraid of loosing control and starting to dream…

I thought about what I liked as a kid. I never liked any princesses, the Disney princesses weren’t that in 30 years ago, but I did like the Jungle Book. I still do 🙂 I really liked the idea of this little human who was raised in a wolf pack and had his friend Bagheera, the panther who took care of him and of course Baloo the bear, who is fun and creative 🙂 Being raised by and being siblings with snuggly cozy wolfs seemed cool. And then there was just this jungle which seems to be the image of freedom to me… and I think I could have been friends with animals better than with humans when I was a kid… And I did like rollercoasters, carrousels and rides like big swings…they didn’t make me dizzy when I was a child and I liked to be in the air…pretend to fly and be free…

So, at the end I surrender. I give up the control over this trip and go with the flow. I think we/I could survive a trip to Disney World to honor my husband’s parents wish to take us. I wouldn’t be a grudge. I would see the beauty in things that are handmade, although I prefer the natural. I would trust my children that they find their own way of dealing with this experience. I would be there for them to help any meltdowns or over stimulations… I totally leave it up to them if they like it, enjoy it, love it or hate it… I am looking forward to a trip with my family, because family time is the best time 🙂

I am so grateful

This is just an example of how we get stuck in our minds sometimes…and burden our relationships with our partner. I am so grateful for the opportunity to learn how awareness is totally beneficial in these situations. Thank you, hubby for not engaging into this crazy dance of defense and attack!

It is super essential to slow it down in these situations that could go down the hill so fast…and try to observe what’s really going on from different angles. Being reactive is dangerous and can end in hurting someone we don’t want to hurt. Being mindful of where the reaction is coming from is so important. It took me a day to get out of this spiral, but the whole experience and going through this process was absolutely healing for me…There is always a much deeper cause at the core of the problem that needs to surface and needs attention to be understood.

So, thank you hubby for being patient with me and let me figure this out by myself. Thank you for interrupting the spiral to keep us in a safe place 🙂

With lots of gratitude and love,

Do you want to feel free?

We use cookies to ensure that we give you the best experience on our website. If you continue to use this site we will assume that you are happy with it.OkRejectPrivacy policy